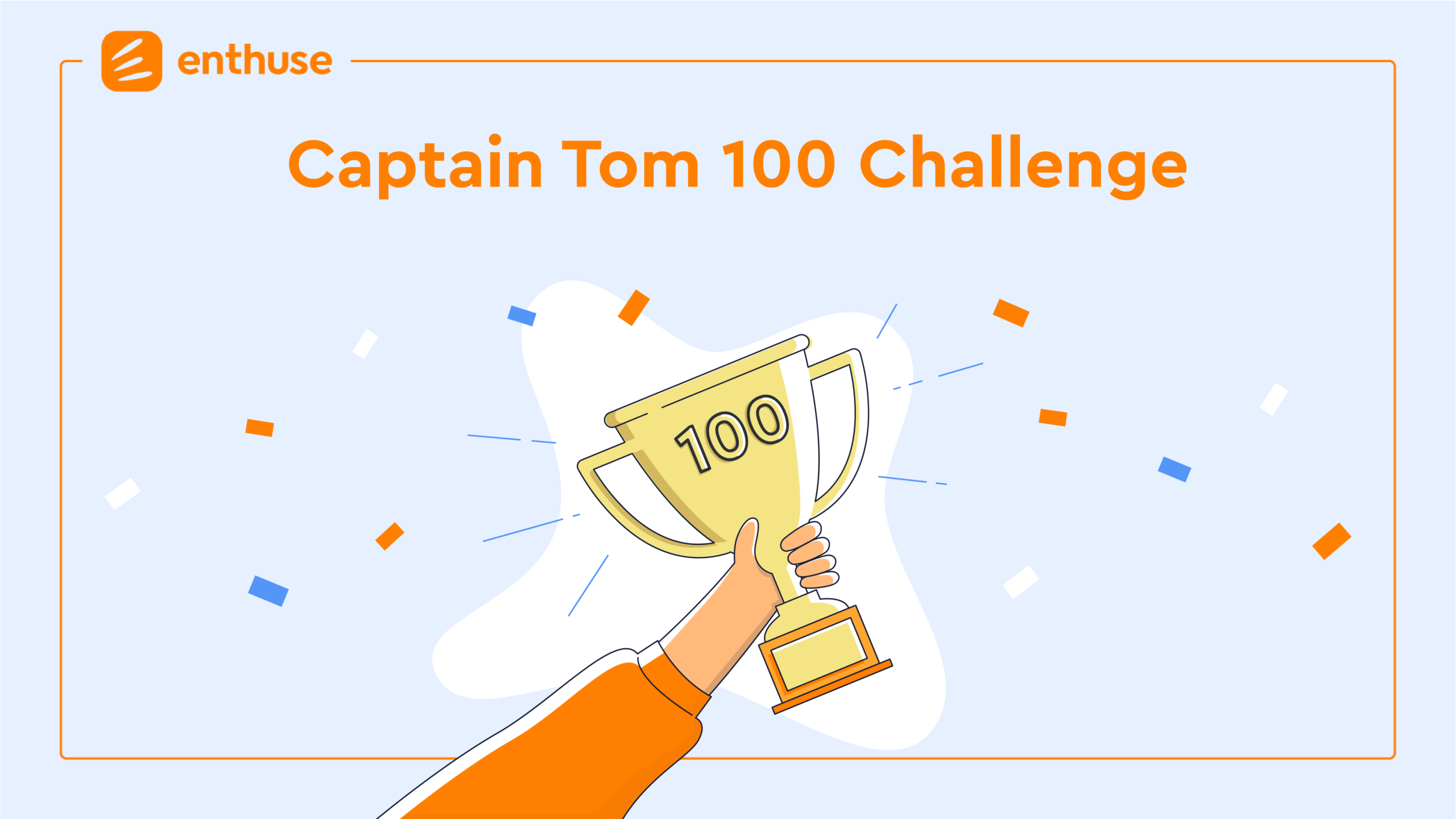 Last week saw the launch of the Captain Tom 100 challenge. Friday 30th April would have been his 101st birthday, and the Captain Tom Foundation has created the challenge as a way to honour him and his amazing achievements.

Open to everyone of all ages and abilities, the idea is simple. Just come up with a challenge based around the number 100, and then take that challenge anytime over what would have been Captain Tom’s 101st birthday weekend – from Friday 30 April to Monday 3 May.

The challenge can be whatever a supporter likes as long as it’s based around the number 100. So, it could be anything from running 100 laps of the local park to baking 100 fairy cakes or drawing 100 pictures. It’s completely up to the public about how they take the number 100 and get involved in the idea.

The Captain Tom Foundation is encouraging the public to raise money for their organisation or for a charity of an individual’s choice – a truly generous approach allowing other causes to benefit from this great idea.

Running the challenge through Enthuse

The video demonstrates how to set up a dedicated event page, select pre-loaded donation amounts, customise your messaging, and encourage your supporters to post video and pictures of their efforts on social media using #CaptainTom100.

It’s up to you whether you want to leave it open for your fundraisers to come up with their own ideas or get them started with ideas that they can get involved with. You may even want to set up a virtual event for some of your more sporty supporters and for example see if they can do a 100 mile cycle ride together over the bank holiday weekend.

As mentioned in the video, you can also find a clear, high-resolution banner image for your fundraising pages available here in case that’s of use.

We’re really proud to count the Captain Tom Foundation as one of our clients and want to wish both them and everyone else taking part the best of luck with your #CaptainTom100 challenges. We’ll certainly be coming up with some of our own!